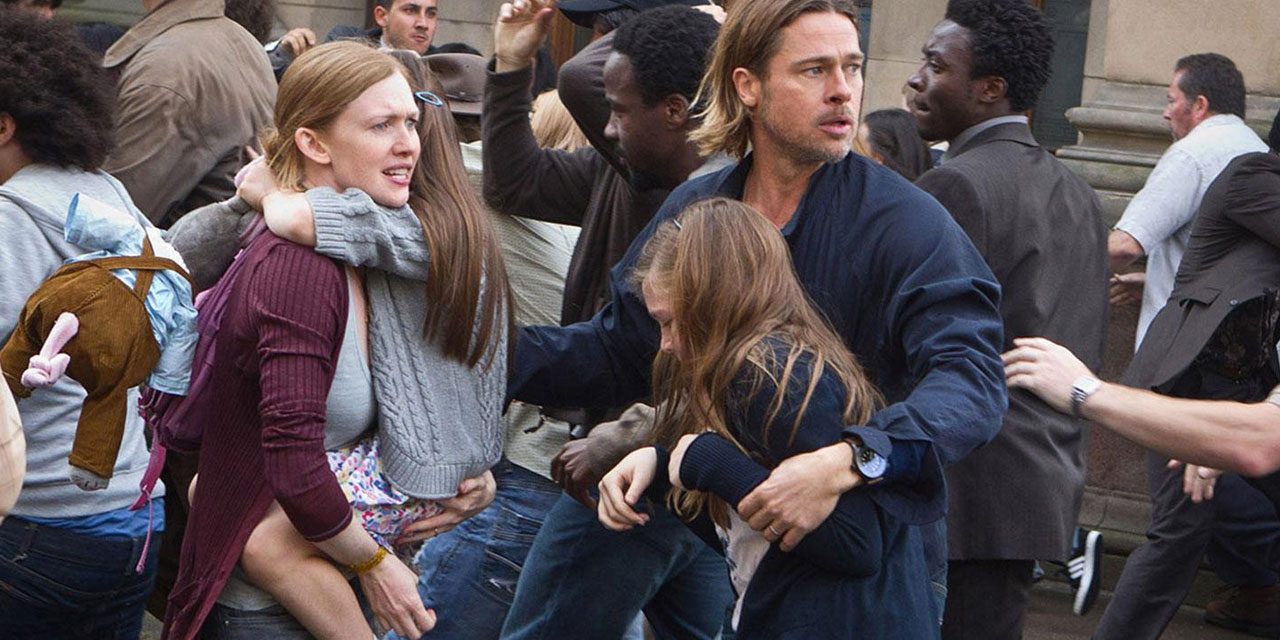 LET’S GET ONE thing out of the way first: There are a crap-ton of zombies in World War Z. Thousands of them. They swarm everything from city blocks to helicopters in a manner best described as ants on an anthill in a nature documentary. And nearly all of them were made on computers.

They’re called “agents” — digital bots programmed by visual effects artists to move in a certain pattern — and it took nearly a year to achieve the zombie volume seen in the massive Israel wall-scaling scene. And what is that volume? Around 8,500 “agents” per shot, according Scott Farrar, the visual effects supervisor who led the charge to put them in World War Z.

“The single hardest thing about that was just making those piles look right without something going wrong,” Farrar said in an interview with Wired. “You’re always battling with what looks good and cool in a movie and still feels real.”

If it’s possible for thousands of undead organizing themselves into a corpse pyramid to feel “real,” then World War Z feels real. The flick, which opened Friday, serves up more than a few close-ups of humans being bitten and turned into zombies (a super-rapid change that causes them to retch and contort in very unconventional ways) and large-scale scenes of hordes of Zs crawling over one another in search of live flesh. And although other scenes used a combination of human actors in zombie make-up and digital agents, the swarms of Zs in the Israel scenes were “100 percent [computer] animation,” Farrar said.

However, if it seems like they’re moving in slightly human ways, that’s because they were modeled after real people – some 80 contortionists from Budapest who the effects crew observed in order to get their zombies’ weird, twisted infection/conversion process just right. But then once they programmed their “agents” they still had months and months of work to do to get the swarms just right.

“You can look at these shots every day for months and then all of the sudden you’re almost ready to go to final and somebody will spot something that’s wrong in the shot,” Farrar said. “It’s like Where’s Waldo?”

For Farrar — who previously worked on everything from Cocoon to Transformers — it was a chance to do something new in a zombie flick. And, yes, he knows *World War Z’*s sprinting undead and their chomping, gnashing teeth aren’t the normal lumbering walkers we’re used to seeing. That was the point.

“This idea of just stumbling around didn’t make any sense. So we broke with tradition in many ways,” Farrar said. “We weren’t trying to be like another movie, we were trying to be like, ‘What would be real? What would be the science behind it if this were real?’ They wouldn’t even put their hands out in front of them; they would dive for the prey with the teeth. They just keep going until they get that bite.”

This website uses cookies to improve your experience while you navigate through the website. Out of these, the cookies that are categorized as necessary are stored on your browser as they are essential for the working of basic functionalities of the website. We also use third-party cookies that help us analyze and understand how you use this website. These cookies will be stored in your browser only with your consent. You also have the option to opt-out of these cookies. But opting out of some of these cookies may affect your browsing experience.
Necessary Sempre abilitato
Necessary cookies are absolutely essential for the website to function properly. These cookies ensure basic functionalities and security features of the website, anonymously.
Functional
Functional cookies help to perform certain functionalities like sharing the content of the website on social media platforms, collect feedbacks, and other third-party features.
Performance
Performance cookies are used to understand and analyze the key performance indexes of the website which helps in delivering a better user experience for the visitors.
Analytics
Analytical cookies are used to understand how visitors interact with the website. These cookies help provide information on metrics the number of visitors, bounce rate, traffic source, etc.
Advertisement
Advertisement cookies are used to provide visitors with relevant ads and marketing campaigns. These cookies track visitors across websites and collect information to provide customized ads.
Others
Other uncategorized cookies are those that are being analyzed and have not been classified into a category as yet.
ACCETTA E SALVA